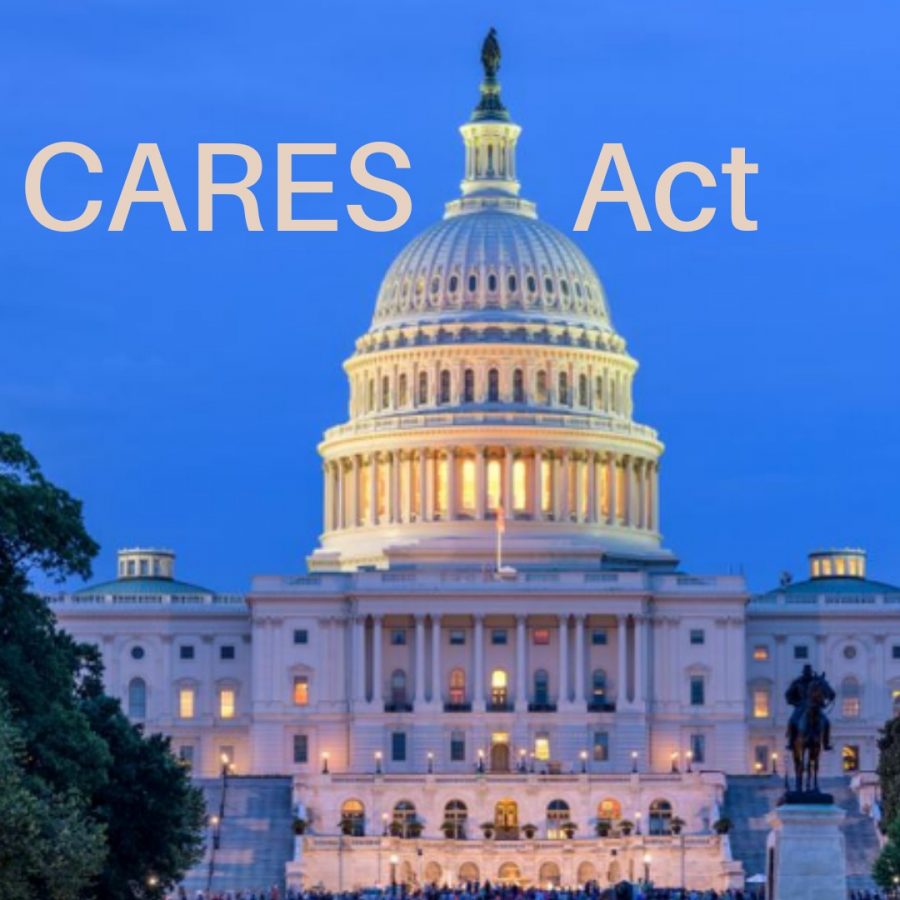 The Coronavirus Aid, Relief and Economic Security (CARES) Act – a $2 trillion stimulus package that was distributed around an estimated 92 percent of Americans – has left cannabis business owners scrambling for ways to gather funding that will aid their economic recovery post-pandemic. Why? Of the $349 billion that was designated for small business owners who are enduring revenue lags due to the COVID-19 crisis, entrepreneurs in the legal weed space have been pushed aside.

The health scare – which erupted at the beginning of this year following its initial discovery in Wuhan, China back in November 2019 – has infected almost four million people globally as of May 5. Not only this, but as the majority of the world is forced to abide by quarantine-style isolation rules to prevent the virus spreading, economies are collapsing.

Although the CARES Act was designed to soften the blow for small business owners and everyday people, cannabis businesses weren’t included in the stimulus package. Fortunately for one “cannapreneur”, an emergency loan was granted from the U.S. Small Business Administration.

Ross King is the Chief Executive Officer (CEO) of Kind Roots Botanicals — a hemp oil extractor and wholesaler in Colorado. King intends on using the money to maintain his small business.
Hemp company CEO says that hope prevails for CARES applicants involved in legal cannabis
According to federal authorities, approximately 1.6 million businesses were on the receiving end of Economic Injury Disaster Loans (EIDL) as part of the CARES Act funding package. The loans were released via the Administration, which confirmed that funding had already run dry just two weeks after the program began accepting applications. However, a new round of financing was dispersed due to high demand at the end of April; this is according to the U.S. Treasury Secretary Steven Mnuchin.

The decision to provide emergency assistance and health care funding for businesses, families and individuals amid COVID-19 was confirmed in the second session of the 116th Congress on March 19, 2020. During a recent interview with Hemp Industry Daily, King discussed his success in applying for an emergency loan from the Administration. King’s company serves clients across the country that want their biomass extracted into either crude oil or full-spectrum distillate.

Upon hearing that the CARES Act funding package was set to be distributed among eligible small business owners, King filled out an application. To his dismay, he didn’t receive a response. Unwilling to give up just yet, the hemp company CEO contacted the bank that he held a personal account with. The traditional bank – known as Rayne State Bank – provided him with an application form and the necessary paperwork to fill out. King told Hemp Industry Daily’s reporter that he drove two hours to the bank’s Colorado branch, where he consulted with the loan manager and submitted his loan application in early April.

King was ecstatic to discover that, within three days of applying, he had been approved for 100 percent of the loan. The hemp business CEO says that he will use the funds to keep his employees employed, as well as to continue processing material for clients as quickly and efficiently as possible. Since the company operates with protective gear, social distancing measures won’t apply.
Hemp company CEO offers cannabis business owners tips for gaining CARES funding
Have your application ready for the second round of the CARES Act Payroll Protection Program (PPP), says King. The hemp company CEO advised applicants in the cannabis industry to use a small bank and organize their paperwork if they want to increase their chances of gaining CARES funding. He also advised “cannapreneurs” to visit a bank directly – preferably a rural bank that cannabis business owners already have a relationship with – and arrange a meeting with the loan officer.

Last but not least, King recommends setting up a separate bank account in which the loan can be deposited and paid from. This, he says, will simplify the process of tracking payments for payroll and utilities. It should be noted that a backlog of applications have rolled over from the first round of CARES loans.