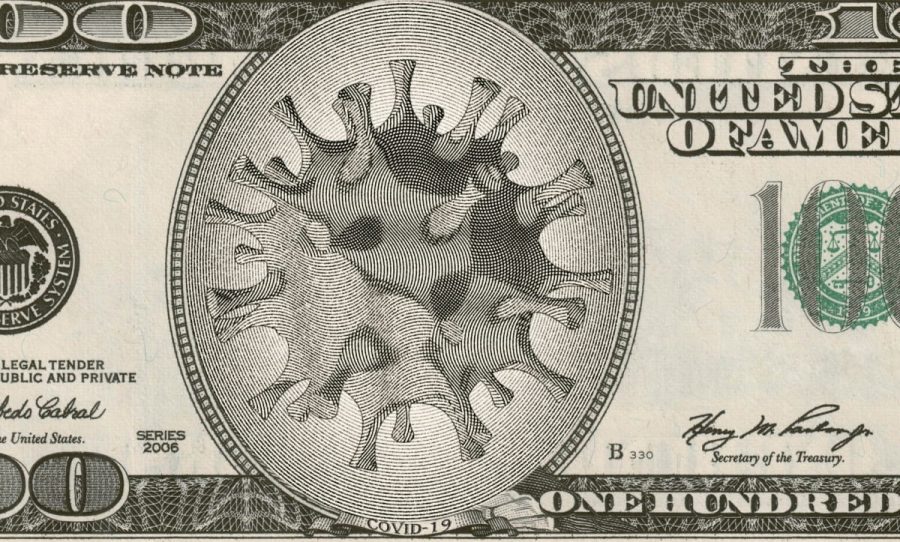 Will cannabis stimulus funding be granted to businesses operating in this controversial sector?

The $3 trillion stimulus bill that previously excluded cannabis companies could soon be amended to serve state-legal businesses. On Friday, May 15, the U.S. House of Representatives passed a bill along partisan lines by a 208-199 margin. Included in the bill was a provision to enable bank collaborations with businesses in the legal cannabis space.

Of course, Republicans aren’t keen on the idea of including federal funding as part of the Coronavirus Aid, Relief, and Economic Security Act (CARES). However, lawmakers argued that the Health and Economic Recovery Omnibus Emergency Solutions (HEROES) Act includes the Secure And Fair Enforcement Banking (SAFE) Act of 2019; therefore, all businesses in the legal cannabis space should be treated equally.

“The inclusion of cannabis banking in the HEROES Act is a positive statement from the House and strongly supplements the decision that the majority of states have made by designating cannabis businesses as essential,” reads an excerpt from an email written to reporters by Washington DC lobbyist David Mangone, who specializes in a pragmatic and evidence-based approach to amend federal/state cannabis policies. “The pathway forward in the Senate is both uncertain and challenging, but SAFE banking is one of the few provisions of the HEROES Act that not only has strong bipartisan support but also generates revenue rather than adds to the deficit,” Mangone continued.
Republican-controlled Senate may obstruct enactment of bill to include cannabis banking in the $3 trillion coronavirus package
Acknowledging the HEROES bill and its power to provide cannabis businesses with stimulus funding may seem promising from a lobbyist’s perspective, but the Senate is dominated by Republicans and so, it’s chances of even being considered are wafer thin.

The bill to include cannabis banking in the $3 trillion coronavirus package is not supported by the White House. Moreover, its approval in the U.S. House of Representatives has been slammed by Kentucky-based Republican, Sen. Majority Leader Mitch McConnell.

“The word cannabis appears in the bill 68 times. More times than the word job and four times as many as the word hire,” McConnell said during a recent floor speech. He described the bill to allow cannabis banking in the $3 trillion coronavirus package as a “totally unserious effort.”

On the plus side, the bill hasn’t fallen flat just yet. Chief sponsor of the CARES cannabis banking bill, Rep. Ed Perlmutter (D-CO), has said that it stands a fair chance of staying afloat. According to the Colorado democrat, the House-passed coronavirus relief package that contained cannabis banking language is believed to stand a 50-50 chance in the Republican-steered Senate.

Six years ago, Rep. Perlmutter introduced federal legislation that would safeguard banks if they serve cannabis businesses — the SAFE Banking Act was created to prevent federal regulators from penalizing financial institutions for providing their services to cannabis companies.
Chances of irreversible economic damage could occur if $3 trillion coronavirus package doesn’t allow cannabis banking
If the Republican-controlled Senate fails to include cannabis banking services in the federal stimulus funding package, Federal Reserve Chair Jerome Powell is concerned that the economic damage could be permanent. Additional stimulus designated specifically for the legal weed industry means that cannabis business owners could rely on the money as a safety net; should they tackle any restrictions, such as business closures and supply restraints.

Powell’s concerns may seem relevant – given the circumstances – but the coronavirus initially triggered a sales boom in the legal cannabis market across much of the U.S.  Many consumers went into panic-buying mode and rushed to their local dispensaries to stock up on their medicine. Additionally, in states where recreational sales have been allowed to continue – including California and Colorado – expanded business operations have essentially aided and bolstered the consumer demographic; e.g. cannabis delivery and pick-up services

For example, sales soared in Denver Colorado on March 23, following Mayor Michael Hancock’s official issuing of an executive order – an order that was rescinded on the same day – that forced recreational cannabis stores to shut their doors for a minimum of two weeks. Instead of creating a decline in sales, the inconvenience quickly prompted consumers to purchase their buds in ways that would limit person-to-person interaction. As a direct effect of this, sales recorded by Flowhub on a typical Monday saw a 200 percent jump in revenue.

Since patients are still able to medicate with their preferred medicine or treatment, in addition to the fact that recreational consumers don’t have to go without weed during the COVID-19 pandemic, it is clear that specific adjustments recently made to U.S. cannabis laws have had a positive Influence in more ways than one. This goes without even mentioning a rapid surge in revenue that could strengthen the struggling economic climate.

A number of bipartisans are backing the SAFE Banking Act in the Senate. One of them is Colorado Republican Senator Cory Gardner, who is simultaneously juggling cannabis reform efforts with his looming reelection obstacles. On the other hand, Idaho Republican and Senate Banking Chair Michael Crapo said last year that he sees some cracks in the existing bill. Those flaws, Crapo says, ought to be addressed before the $3 trillion coronavirus package funds cannabis companies.