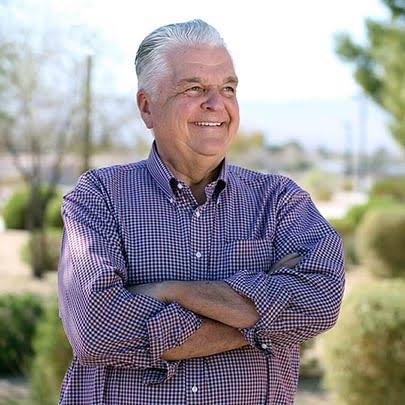 Was Democratic Gov. Steve Sisolak on the receiving end of illegal campaign donations from MedMen Enterprises? Claims of this nature are currently being evaluated by the Nevada secretary of state’s office. If proven to be true, the Republican Party has ordered Sisolak to return the funds without delay.

Bierman officially resigned from his position as MedMen’s co-founder and chief executive officer in February. It was at this point that he also relinquished voting control of the multi-state operator (MSO), which had a rocky reputation prior to his departure.
Allegations “only recently” brought to attention of Nevada secretary of state’s office
According to an email from deputy secretary of state for elections Wayne Thorley, Nevada secretary of state’s office “only recently became aware of the allegations.” Whether or not Thorley is telling the truth remains uncertain, but what is for certain is that the office will now review all allegations regarding Sisolak’s illegal MedMen campaign donations.

Parker blames Bierman for donating the maximum $10,000 – as permitted by state law – to an unnamed Nevada politician. In addition to this, Bierman allegedly coerced Parker into giving $10,000 to Sisolak’s gubernatorial campaign in 2018. The maximum donation amount was also given by co-founder and company executive Andrew Modlin, according to state campaign finance records.

The lawsuit filed by Parker states that Modlin was reimbursed for his campaign donations through the use of company funds which, Parker claims, Bierman used to purchase furniture for the company co-founder. Soon after receiving $30,000 from all three MedMen businessmen, Sisolak presented Bierman and Modlin with a placard at the official launch of their Las Vegas store.
State Republican Party demands Sisolak return his illegal MedMen campaign donations
Since the allegations were made against Sisolak, he has been asked to return his illegal MedMen campaign donations immediately. An investigation was initiated by the state Republican Party on Tuesday, May 26, with Attorney General Aaron Ford being assigned the role of investigating Parker’s claims.

“As is our office’s normal practice, any complaint we receive will be sent to the appropriate personnel for review and consideration,” said an official spokesperson for the Democratic AG.

Sisolak is now required to clarify and explain the situation to Nevadans, but he could not be reached for comment by reporters. Meanwhile, Parker has had a countersuit filed against him; the suit accuses him of breaching MedMen’s company contract.