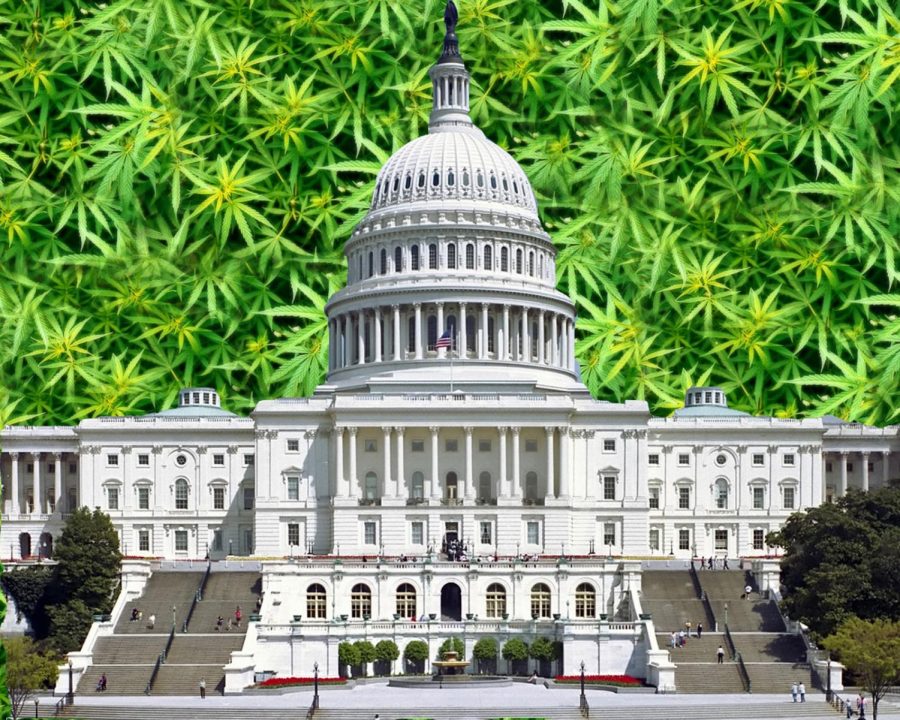 On Friday, July 31, a groundbreaking vote by U.S. lawmakers meant that feds would be forbidden to impose cannabis bans in states that had legalized the plant for recreational and medical purposes. The legislation, which the Justice Department must prepare to adopt, passed with a House vote of 217-197.

A final passage of the House bill preventing cannabis bans will occur when the Senate has finished drafting its own spending bill. Once this stage is complete, both versions of the amendment must be brought into agreement.

“The American people are demanding a change to our outdated cannabis laws and I am glad to see my colleagues heeding their calls,” said founder and co-chair of the Congressional Cannabis Caucus, Rep. Earl Blumenauer, D-Ore.
Congress has long-supported the right of states to legalize cannabis
Last year marked a monumental occasion for the House, since it was the first time that members of congress pushed for the federal government to restrict federal interference among cannabis-friendly states. Despite being dismissed following Senate negotiations, the far-reaching amendment signified progress; highlighting the most cannabis-friendly congressional efforts ever to be witnessed in U.S. history.

The failed amendment from 2019 was included in the 12 spending bills that must be passed on an annual basis in order to keep the government running smoothly. It covered the 12-month federal fiscal year that starts on October 1. This year’s revised House bill preventing cannabis bans, which proponents are hoping will be contained in the FY2021 spending legislation, states the following:

“None of the funds made available by this Act to the Department of Justice may be used, with respect to any of the States of Alabama, Alaska, Arizona, Arkansas, California, Colorado, Connecticut, Delaware, Florida, Georgia, Hawaii, Illinois, Indiana, Iowa, Kentucky, Louisiana, Maine, Maryland, Massachusetts, Michigan, Minnesota, Mississippi, Missouri, Montana, Nevada, New Hampshire, New Jersey, New Mexico, New York, North Carolina, North Dakota, Ohio, Oklahoma, Oregon, Pennsylvania, Rhode Island, South Carolina, Tennessee, Texas, Utah, Vermont, Virginia, Washington, West Virginia, Wisconsin, and Wyoming, or with respect to the District of Columbia, the Commonwealth of the Northern Mariana Islands, Guam, Puerto Rico, or the United States Virgin Islands, to prevent any of them from implementing their own laws that authorize the use, distribution, possession, or cultivation of [cannabis].”

“None of the funds made available by this Act to the Department of Justice may be used to prevent any Indian tribe (as such term is defined in section 4 of the Indian Self-Determination and Education Assistance Act (25 U.S.C. 5304)) from enacting or implementing tribal laws that authorize the use, distribution, possession, or cultivation of [cannabis].”
The House is warming up to the prospect of cannabis reform in the U.S.
Prior to the recent passing of the House bill preventing cannabis bans, an amendment was also approved by the House of Representatives. The basis of that amendment was to restrict the Justice Department from using federal funds to initiate cannabis bans in legal states. It passed 254-163 and was supported by 31 Republicans.

The new amendment’s successful passing by the Rules Committee indicates that restorative justice is in plain sight. You can find out more by clicking here.