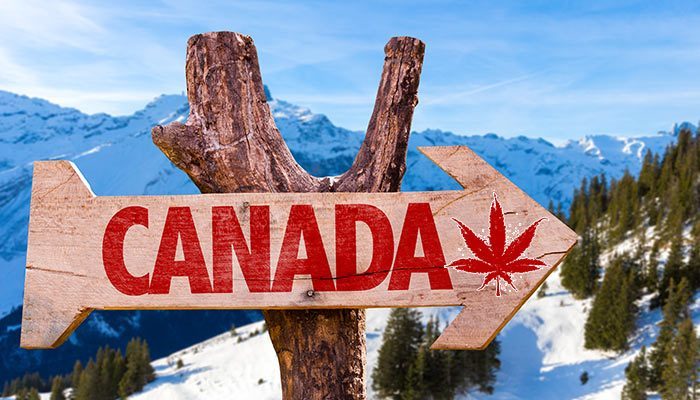 Research published in Marijuana Business Daily has confirmed that the Canadian federal government handed out millions of dollars in subsidies to cannabis firms amid the coronavirus pandemic.

Moreover, financial statements showed that businesses in other sectors managed to obtain interest-free loans and funding from Farm Credit Canada (FCC). Canopy Growth was one such company on the receiving end of a CA$40 million FCC loan this year; the subsidy payment accounted for almost a third of the Ontario-based company’s exposure in the cannabis sector.

This information was initially released by The Deep Dive — an organization committed to providing investors of Canadian junior stock markets with data to assist them in making wise investment moves.
Cannabis subsidies report: An overview of the Canada Emergency Wage Subsidy (CEWS) program
The CEWS offers a 75 percent wage subsidy to businesses of all sizes who endure revenue blows. Made effective on March 15, the CEWS program is expected to be extended until summer of 2021; likely due to the coronavirus-related financial implications that Canadian cannabis businesses have experienced.

“Preserving employment during a period of rapidly increasing operating costs was the objective and result of the Wage Subsidy Program,” the CEO of industry group Cannabis Council of Canada, George Smitherman, told MJBizDaily reporters. He went on to say that legal weed companies acquiring funding through CEWS “is encouraging evidence of companies responding to the remarkable challenges of COVID-19.”

One of the program’s major beneficiaries was Zenabis — a Vancouver, British Columbia-based cannabis producer that has logged a net loss of CA$30.4 million (USD$23.4 million) this year. Based on the details of a financial disclosure, the struggling recreational and medical cannabis company bagged almost CA$6 million (USD$4.6 million) in government cannabis subsidies as of September 30.

According to the cannabis subsidies report, another Canadian cannabis company, Sundial Growers Inc., was on the receiving end of a CA$4.1 million (USD$3.2 million) CEWS loan earlier this year. Through the nine months concluding on September 30, the company saw a net loss of CA$142 million (USD$109 million).

“The company became eligible for the CEWS based on decreases in revenue during the three months ended June 30, 2020, and has received the subsidy for the periods June 6 to July 4, 2020; July 5 to August 1, 2020; August 2 to August 29, 2020; and August 30 to September 26, 2020,” Sundial wrote in a regulatory filing.
Canadian retail sales of adult-use cannabis hit record highs in September
Recent sales figures for Canada’s recreational cannabis industry show ongoing growth. This past September, sales revenue hit a milestone CA$256 million (USD$197 million). Based on these figures, the annual value of Canada’s adult-use cannabis industry works out at approximately CA$3 billion (USD$2.3 billion.)

Although retail sales are promising, many Canadian producers have continuously lost money in recent quarters. Analysts blame the loss of revenue on a number of factors, such as failure to properly model the expansion of retail stores, excessive investing in greenhouses and too much focus on investors; as opposed to customers.