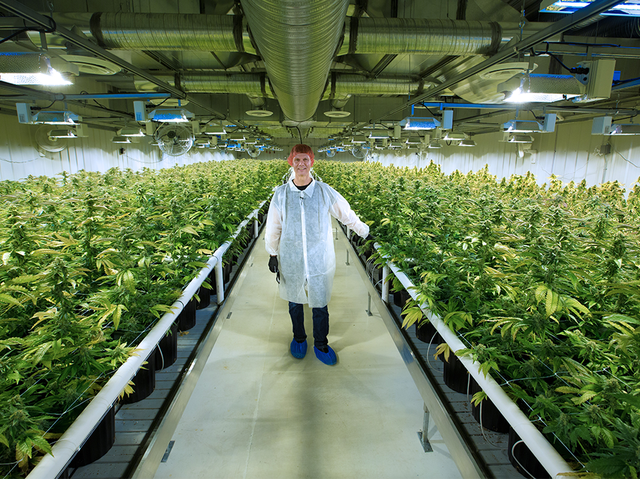 Aurora Cannabis, a licensed producer headquartered in Edmonton, Canada, has announced that it will be putting the breaks on its Alberta-based Sun greenhouse. Located in Medicine Hat, the greenhouse is expected to be shuttered “indefinitely.”

Once upon a time, Aurora’s Sun greenhouse – which had a projected annual capacity of more than 230,000 kilograms (230 metric tons) – was expected to be one of the biggest in the world. However, just a select area of the facility was eventually used. At the time, the company said it expected to use only 238,000 square feet of the facility’s planned 1.6 million square feet.

The recent closure is indicative of the production capacity predicaments that have cropped up in Canada’s ever-growing cannabis market in recent times; growers have been investing in greenhouses to satisfy consumer demand, only to find that their investments haven’t paid off.
Aurora invested a colossal amount of capital into greenhouse project
It’s no secret that Aurora has been suffering some hardships lately. Back in October, an analyst at BMO Capital Markets stated that Aurora would not become a profitable business until meaningful cuts are made. Moreover, in early 2020, the company resorted to postponing construction of its greenhouse as a means of aligning global cannabis production with demand from the Canadian market.

Unfortunately, the move didn’t bode well for Aurora financially, what with the company forking out a lot of capital; only to result in the property sitting idle. Specifically, a regulatory filing revealed that Aurora invested 257.3 million Canadian dollars ($197 million) in the cannabis greenhouse as of March 31 — more expensive than any other incomplete cannabis greenhouse.

“Aurora continuously and carefully reviews the company’s operations network to ensure it is fit for our business today and in the near term,” said company spokeswoman Michelle Lefler in a statement to MJBizDaily reporters. “In response to the recent shifts in the industry and our strategic imperatives, the company announced it will pause operations at Aurora Sun in Medicine Hat, Alberta, indefinitely.”

She added that the company will continue striving to provide innovative high-margin solutions, and broaden its portfolio of premium and super premium brands
Many Canadian cannabis companies have been selling their grow facilities
Cannabis cultivators in Canada commonly encounter cost overruns. In particular, greenhouse deals have caused cultivators a great deal of financial loss, with a recent MJBiz Daily report claiming that companies have been forced to make billions of dollars worth of write-downs, in addition to losing millions of dollars worth of investments.

“For sale” signs have been cropping up outside cannabis greenhouses countrywide. Despite the fact that there are plenty of companies selling their grow facilities, many have been unsuccessful in recouping the costs. For example, just a few months ago, Aurora desperately agreed to sell one of its greenhouses in Exeter, Ontario for half of the asking price — CA$17 million.

Lefler has not yet revealed whether or not Aurora intends on selling its newly-shuttered Sun cannabis greenhouse facility. You can find the company trading on the Toronto Stock Exchange and the New York Stock Exchange under the ticker “ACB”.