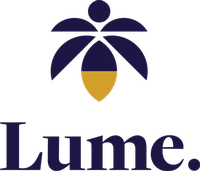 Lume Cannabis Co., a company that prides itself on selling locally-grown and hand-trimmed weed, has launched an adult-use sales partnership with the Sault Ste. Marie Tribe of Chippewa Indians.

Since January 29, tribal cannabis consumers have been provided with Lume’s range of recreational cannabis products, which include various hybrid/indica/sativa pre-rolls, concentrates, edibles and cartridges.

“At Lume, we pride ourselves on offering an unmatched variety of safe and high-quality THC and CBD products and we are excited to introduce our brand and show cannabis in a new light to adult-use consumers in Escanaba and throughout the Upper Peninsula,” said the president and COO of Lume, Doug Hellyar. “We look forward to serving the cannabis needs of the entire Escanaba community and beyond.”

The tribal land cannabis agreement means that Lume will serve tribal communities in Escanaba, despite the fact that this city in Michigan has temporarily forbidden cannabis retailers.
September 2022 deadline in place for Escanaba to opt-in or opt-out of cannabis
The City of Escanaba is feeling the pressure to decide whether or not cannabis sales should be permitted across the City. Home to just over 12,000 people, Escanaba must opt-in or opt-out by September of next year.

This decision was made back in August 2020, when the Escanaba City Council voted to extend the city’s ban on retail cannabis establishments until September 16, 2022; at the very least.

The approved ordinance replaced a previous ordinance prohibiting the sale of cannabis, which was legalized in Michigan via a voter-approved initiative in 2018.

Prior to its extension, the ban was going to expire on September 19, 2021. Just one Council Member named Tyler DuBord voted against the new ordinance.

“The people have already voted for the state of Michigan to legalize recreational [cannabis]. They’ve already voted. it already passed. It’s up to now the municipalities to decide to implement dispensaries within the community,” said DuBord. “By doing so we are allowing a clean, regulated [cannabis] dispensary, which is outside the black market, which allows people to be confident in buying their products at a dispensary, which is regulated and inspected and licensed.”
Where can adult-use consumers in Escanaba purchase cannabis?
As per details of Lume’s tribal cannabis partnership, the company will serve customers at its third Upper Michigan location on 3405 Spruce Street. Since the land on which the store sits is tribally-owned, it falls under a different jurisdiction. The other two of Lume’s U.P. store locations can be found in Sault Ste. Marie and Negaunee.

The new store, which opened on Friday, January 29, welcomed its first customers with a complimentary cup of coffee from UP North Roast Coffee. A selection of appetizing pastries from Stone Cup Coffee House & Stone’s Deli were also available to first-time customers, who were lucky enough to bag a 10 percent discount on their initial purchase.

Store hours are as follows:

As many as 100 stores will be in full operation throughout Michigan by the end of 2024. Currently, Lume operates cannabis dispensaries in the following locations: