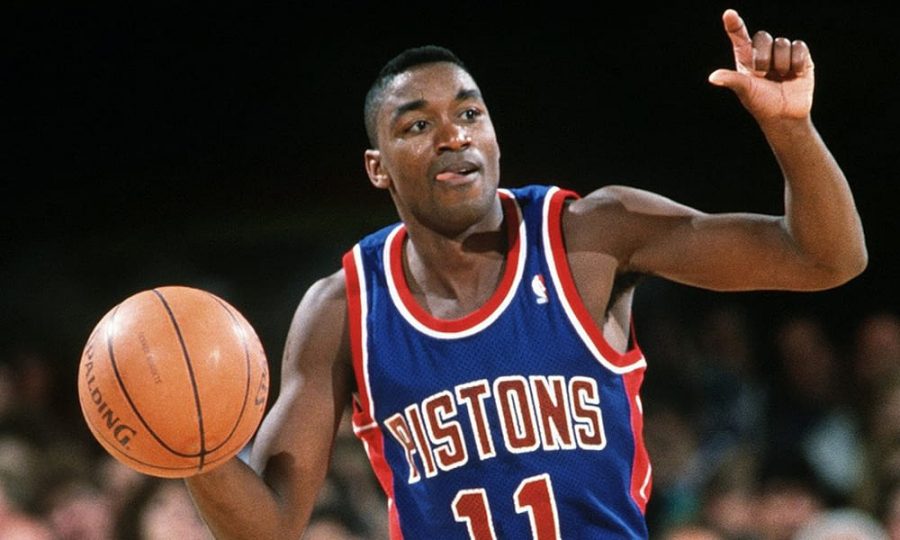 Isiah Thomas, a retired NBA Hall of Famer, is shooting hoops in the cannabis industry. Thomas, who was named an NBA All-Star in both 2016 and 2017, has announced that he is investing $3 million into One World Pharma — a licensed cannabis cultivation, production, and distribution company.

Just last June, Thomas was officially named the CEO of OWP. Some other retired NBA players who have gotten involved in the industry include Al qHarrington and John Salley. However, based on the $3 million investment, Thomas is now considered to be one of the largest minority business owners in the Pan-American realm of cannabis.

“We could not be more thrilled. When Isiah Thomas assumed the role of CEO he lent us his good name and his world-renowned leadership and business acumen. Today, he provides the funding for the Company to truly execute on its plan to become a leading international supplier of the finest cannabis ingredients,” said OWP’s Executive Chairman, Dr. Kenneth Perego.

The 59-year-old former basketball player spent much of his sporting career competing for the Detroit Pistons, which signed him to a $1.6 million four-year contract in the 1981 NBA draft. Now, he is taking the leap into the cannabis industry, which is expected to be worth $73.6 billion by 2027.
One World Pharma secured funds via Thomas’ holding company
Isiah International will finalize the new funding round for former NBA star Thomas’ hemp and cannabis company, One World Pharma. Wholly-owned by the major hemp investor, Isiah International boasts an expansive range of businesses and investment in its portfolio, including the former New York Knicks head coach’s CBD oil company VESL Oils, as well as his Cheurlin champagne brand.

Over a six-month period, monthly payments of $500,000 will be funneled into the new investment. This money will be used by OWP to construct a CBD and THC extraction facility in Columbia. Additionally, the money will be used to bolster future growth of the company.

“After extensive analysis of Colombia, the world market and these most recent developments at the company, I passionately believe there is a tremendous opportunity to build a world class, valuable, environmentally and socially conscious company that is a significant player in the global cannabis and industrial hemp industries. There are few, if any, reliable, industrial scale, global supply chain companies in this space and we intend to be one. I am pleased to initiate this next chapter of growth,” Thomas is quoted as saying in an official statement.
About One World Pharma
This U.S.-headquartered company saw its inception in 2017. Fully licensed, One World Pharma Inc. is a global supplier of high-quality hemp-derived ingredients that are specifically produced for use in the manufacturing of Consumer Packaged Goods (CPGs) and Over-the-Counter (OTC) products.

Thomas’ company prides itself on offering a reliable and sustainable cannabis supply chain for manufacturers/producers/formulators specializing in the food & beverage and beauty industries. Currently, OWP runs business from its offices in Las Vegas, Nevada – where it was first incorporated – and Bogota, Colombia. The company also operates facilities in Popayan, Colombia.