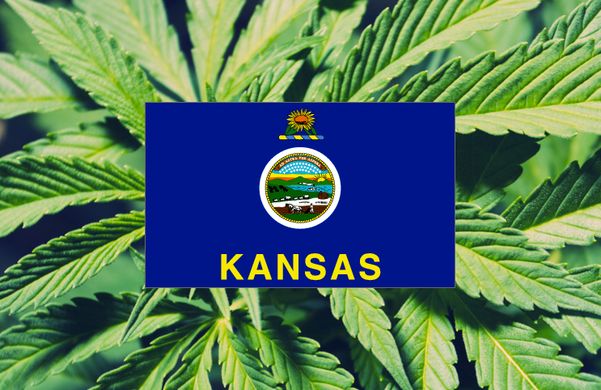 On Thursday, March 25, Kansas’ prospective medical cannabis market started to gain some traction. It was on this date that lawmakers deliberated over a number of amendments for inclusion in a legalization proposal, which has since been pushed in the direction of a forthcoming committee vote.

In the event that cannabis legislation in Kansas cannot be discussed in the coming days, Barker believes that members may meet up to reassess the bill during a prospective veto session. Conversely, they may be forced to start from scratch with a new proposal in 2022.

Brought to the committee’s attention for the first time last month, the bill features 21 qualifying conditions that would grant patients access to the program, such as chronic pain, HIV and post-traumatic stress disorder (PTSD).

The adopted measure, which was put forward by Rep. Blake Carpenter (R), would revise Kansas’ medical cannabis bill in the following ways:

Amend provisions regarding the formation of a medical cannabis advisory board;
Update language that requires other states to have equal or more harsh standards for patients to qualify under reciprocity provisions;
Clarify that if regulators do not act on a request to include a new qualifying condition within a specific time-frame that it would be instantly rejected;
Reconsider advertising limitations and licensing conditions for individuals with previous cannabis-related convictions;
Force fines upon businesses that deliberately divulge confidential patient information.

Reduce cannabis law violations from a misdemeanor to a felony;
Impose caps on the number of allowed business licenses;
Establish a per-plant fee structure for growers;
Allow counties the opportunity to opt-out of allowing cannabis dispensaries;
Include a requirement that patients must possess an electronically-scannable ID card;
“Division of Alcohol and Marijuana Control” will be the new name given to the state alcohol regulator;
Enable out-of-state patients to legally be in possession of cannabis while visiting Kansas;
Rearrange the rules pertaining to a normal physician-patient relationship, make it mandatory for patients to undergo a physical examination and request a review of verified medical records;
Offer patients the chance to obtain a medical cannabis recommendation in Kansas without having known their physician for a long period of time.

Before the committee can push the bill to the next stage of legislative review, a number of other submitted amendments must be considered. Some of the suggested changes are centered around child-resistant packaging, social equity, potency caps, workplace matters, licensing, and smoking and vaping,

“I think we’ve made fairly good progress today. We may have another period next week to hopefully either finish this up, or not,” said Barker.

Meanwhile, a two-day House hearing in February saw various veterans and veteran organizations support cannabis policy change in Kansas, of which has also been encouraged by means of a separate medical cannabis legalization bill introduced by the Senate Commerce Commerce last month.