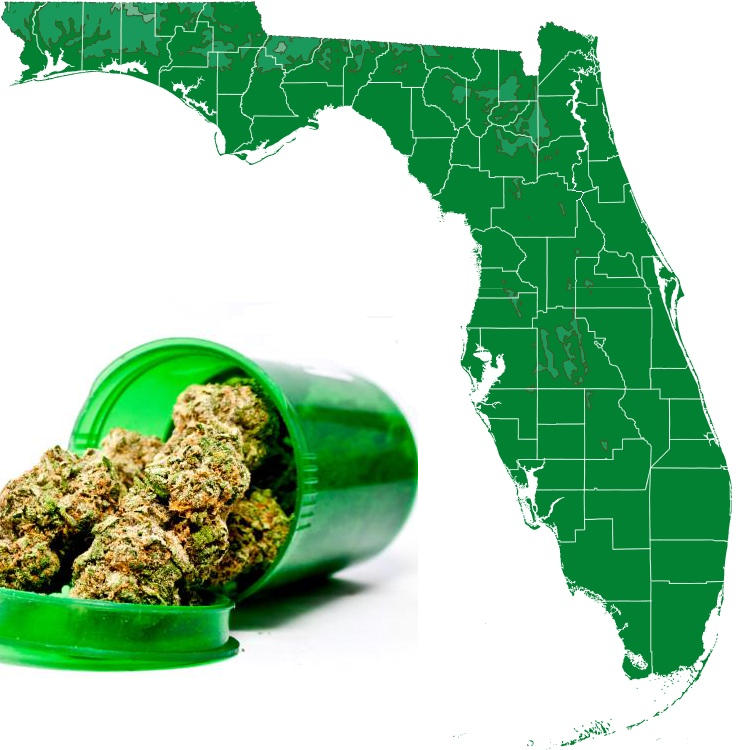 An attempt to put adult-use cannabis legalization on next year’s ballot has been slammed by the Florida Supreme Court. According to the court, the initiative is highly “misleading” and should not be considered further.

Sponsored by an organization called Make it Legal, Florida’s adult-use cannabis legalization measure was rejected in the court with a 5-2 vote. Consequently, the group must now start their cannabis reform efforts from scratch if they wish to get a recreational cannabis initiative on a forthcoming ballot.

In order to be considered for the 2022 ballot, a whopping 891,589 valid signatures must first be gathered. Moreover, the constitutional amendment necessitates 60 percent approval by voters.

According to a justices ruling, the constitutional amendment failed to inform residents that, even with a legal recreational market, cannabis would still be illegal at the federal level.

“Floridians would legalize [cannabis] tomorrow if given the opportunity to do so, but that’s clearly not what Tallahassee wants,” said Ben Pollara, leaders of the 2016 medical cannabis campaign, in a statement published by the Herald.

The initiative led by Pollard revealed that supporters swerved the subject of federal cannabis legality by outlining the plan in a ballot summary.
Cannabis market in Florida ranked third in country for sales last year
Florida’s medical cannabis marketplace pulled in an estimated $1.3 billion in sales last year, putting it third on a countrywide scale for 2020 cannabis sales revenue. This is based on a cannabis jobs report by Leafly and Whitney Economics.

Another area that saw an uptick was cannabis employment in Florida, where around 15,000 jobs were added in 2020. Consequently, the total number of Floridians who worked in the state’s cannabis industry topped 31,444.

In the event that Florida enacts an adult-use cannabis market, sales figures could double with ease. Should this eventually happen, sales could soar to $2.1 billion, monthly taxes could hit $800,000 and local jobs could amount to 80,000.
Controversial Florida medical cannabis bill is put to rest
A measure that was being pondered over by Florida lawmakers to impose limits on medical cannabis potency is unlikely to become law this year. The news was broken by the bill’s Republican sponsor, who said that he thinks the effort is “effectively dead.

House Bill 1455 appeared to gain initial momentum in the Republican-dominated Florida Legislature, with two Republican lawmakers voting to push the bill forward in two House committees. Described as “controversial” by many, the measure would have capped the potency of medical cannabis products as a means of safeguarding consumers from over-intoxication.

Although House Bill 1455 needed to clear just one more committee before being heard on the House floor – Health and Human Services – the health committee failed to discuss the subject at a recent  meeting.