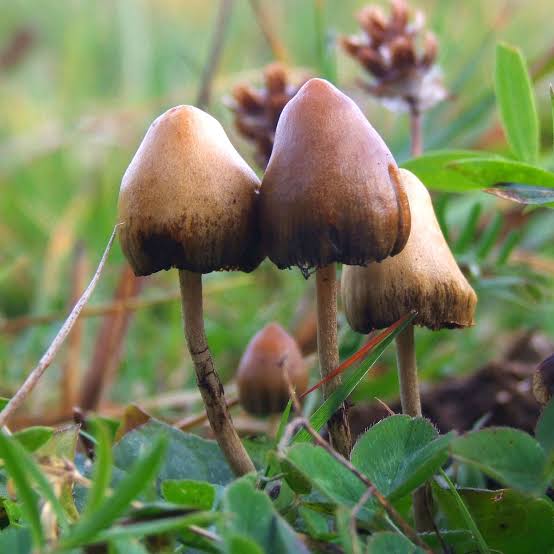 A legal battle that aims to provide end-of-life care patients with legal access to psychedelic substances has begun.

Because of this, cancer patients who have previously been turned down the opportunity to use psilocybin could soon see their luck change.

In a lawsuit that targets the federal Drug Enforcement Administration (DEA), a bipartisan group of attorneys general from eight U.S. states and the District of Columbia are backing cancer patients in their mission to obtain psychedelic treatment options.

As per the lawsuit, patients have been turned down the opportunity to use a synthetic type of psilocybin under state and federal right-to-try (RTT) laws. Seattle-located palliative care physician Dr. Sunil Aggarwal and the patients proceeded to sue the Agency back in March.

Thanks to the recent psilocybin lawsuit, patients with terminal conditions could be offered the chance to sample investigational medications that have not yet gained approval for general consumption.
DEA stepped beyond its power in rejecting cancer patients’ application for psilocybin
A court brief filed in early May saw the DEA on the receiving end of allegations from the state attorneys general. The brief claims that the Agency’s dismissal of the cancer patients’ application for psilocybin was an overstretch of the DEA’s power.

Filed in the U.S. Court of Appeals for the Ninth Circuit, the brief prompted the court to consider psilocybin and MDMA’s therapeutic benefits when reevaluating the new outcome.

“Here, dying patients seek access to promising new treatments still in the investigative process—access expressly permitted under both state and federal law—to help them live in peace,” reads an excerpt from the brief, which was issued by Washington State Attorney General Bob Ferguson (D).

The states’ filing went on to say that the DEA should not have rejected the cancer patients’ application for psilocybin but rather, the decision should have been made “by the patient with a terminal illness in consultation with the patient’s health care provider.”

Conversely, the legal battle touched upon the fact that psilocybin is coming into the picture as a Schedule I controlled substance under the Controlled Substances Act (CSA). With that being said, the psychedelic substance may be deemed a drug worth further exploration.

“The States understand that psilocybin treatment of terminally ill patients meets the basic requirement that an ‘investigational drug’ be one that has successfully completed Phase I clinical trials and is now in a subsequent phase of trials. Psilocybin is likely not the last Schedule I controlled substance that could be eligible under state and federal RTT laws,” reads the brief.

“For example, the Schedule I substance methylenedioxy-methamphetamine (MDMA) is the subject of ongoing studies to evaluate the possible efficacy in the treatment of anxiety associated with life-threatening illnesses,” the brief continues.

A handful of other organizations filed amicus briefs during the recent court filing, including the following:

The Goldwater Institute – This  conservative libertarian organization has been at the forefront of drafting and sponsoring RTT legislation on both a state and federal level.
The ACLU of Washington – A leading civil rights and civil liberties organization.

Additionally, an alliance of end-of-life caretakers, bioethicists and law professors are supporting petitioners.
Fresh attempts to broaden psilocybin access were kick-started following federal RTT legislation
Back in 2017, a right-to-try (RTT) law was adopted by Washington State. Then, in 2018, President Donald Trump inked his signature on a federal Right to Try Act. Currently, 41 state legislatures have introduced and enacted similar chunks of legislation without opposition.

A focal point of the states’ recent efforts to provide cancer patients with psilocybin focuses on the DEA and its lack of power to void state RTT laws; on the terms that permitted drugs are outlawed under the federal CSA.

“DEA’s refusal to recognize accommodation for state RTT laws in the face of the clear intent of Congress poses a threat to state sovereignty,” reads an excerpt from the amicus brief. “This threat is especially acute because it comes from a federal executive agency rather than Congress itself.”

Attempts to gain psilocybin mushroom cultivation permission from state and federal regulators kick-started after state and federal RTT legislation was enacted. In November 2020, Dr. Aggarwal started submitting applications in the hopes of using the psychedelic fungi in private treatment.

“We know that it’s a naturally occurring substance that we can cultivate safely, we know how to dose it and there’s really good reason to believe it can help,” Dr. Aggarwal is reported as saying to Marijuana Moment.

Additionally, Aggarwal dedicated his time to procuring psilocybin from commercial producers. Unfortunately, lack of DEA approval meant that those manufacturers were reluctant to offer a helping hand.

On the plus side, acceptance of psilocybin is growing. For example, Oregon broadly decriminalized drugs and legalized the psychedelic substance for therapeutic use by means of a voter-approved initiative last November.

Aside from the three Massachusetts cities that have decriminalized possession of plant-and fungi-based psychedelic substances, Ann Arbor, Oakland, Santa Cruz, and Washington, D.C. have also enacted such laws.