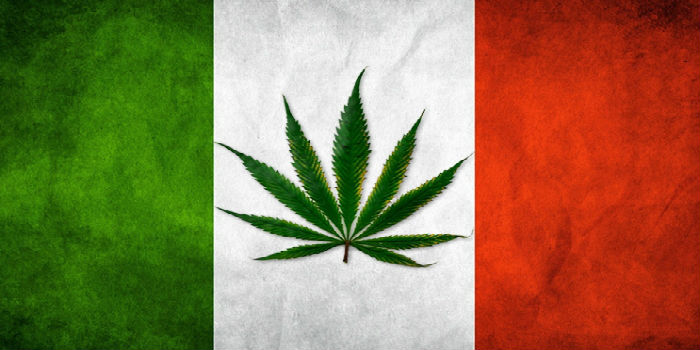 The European country of Italy is gearing up to decriminalize cannabis for adult-use purposes. Should the reform effort be approved by lawmakers, Italy would join the Czech Republic and Spain in legalizing home cultivation.

“Cultivation of no more than four female plants at home is to be decriminalized,” said the president of the Chamber of Deputies and bill’s co-author, Mario Perantoni.

On the other hand, Italy’s proposed cannabis reform measure will boost penalties for cannabis sales and trafficking to 10 years. Previously, prison penalties were capped at six years for such offenses.

Currently, the sale of cannabis that contains high levels of the non psychoactive compound CBD (cannabidiol) is legal across the European country. However, CBD-rich products sold inside dispensary-style stores should contain no more than 0.6 percent of the psychotropic cannabinoid THC (tetrahydrocannabinol).
Approximately six million Italians use cannabis for recreational purposes
Should a legal cannabis market transpire across Italy in the near future – a scenario that is likely to transpire as a repercussion of the decriminalization law – the country could pull in some serious revenue. After all, Italy is home to millions of cannabis consumers.

Cannabis decriminalization and legalization could have widespread benefits on the country as a whole. A 2019 study carried out by the University of Magna Graecia demonstrated how the illegal cannabis market generated between €90 and €170 million annually (between USD$106 and $200 million) from illicit dealers and organized crime networks.

These figures put into perspective the magnitude of the illegal market, which could be stamped out if Italy permits home cultivation. Moreover, decriminalization would reduce law enforcement time and resources, since Italians could access the plant without facing prosecution.

Furthermore, 47.8 percent of locals are keen on the idea of cannabis legalization. A growing number of people have gradually started embracing the green plant over the years, what with Italy becoming one of the first countries in the EU to legalize cannabis for medical purposes in the year 2007. Nonetheless, recreational cannabis sale, consumption and possession remains illegal in Italy.
Right wing parties will likely protest against proposed law to decriminalize cannabis in Italy
In spite of the optimism surrounding Italy’s proposed cannabis reform law, it’s probable that right-wing parties will oppose the effort. Right-wing parties have already attempted to outlaw the sale of CBD products.

Even though right-wing parties have signified opposition towards relaxed drug policies, support for cannabis decriminalization in Italy has not yet been confirmed by the Democratic Party over concerns that voters will be lost.

Conversely, various left-wing parties have attempted to loosen restrictions on cannabis in Italy by introducing political initiatives, as well as by broadening awareness on the subject. Unfortunately, these efforts have not yet been met with success.

Although time will tell whether or not political parties react negatively or positively to the prospective adoption of a cannabis referendum campaign, it’s safe to say that Italian cannabis activists have made solid ground in regards to the political disregard over cannabis regulation.