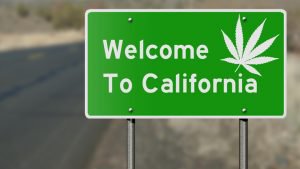 Since the state – which legalized adult-use cannabis in 2016 by means of a voter-approved initiative – is carrying the weight of a provisional cannabis license application backlog, it seems that the market needs a little financial stimulation.

Thousands of provisional cannabis license holders are still grappling to obtain a full annual license. Such licenses were initially distributed in 2018 and now, thanks to a $100 million investment from the state, cities and counties could be given a helping hand to address the backlog.

The expiry date for the state’s provisional license program was January. However, when Assembly Bill 141 was adopted into law last summer, it created lenience for provisional licensees; depending on the applicant and license type. Moreover, it developed certain specifications for provisional license renewals.
17 California cities and counties qualify for the Local Jurisdiction Assistance Grant Program funding
Funding provided through the Local Jurisdiction Assistance Grant Program is provided by the freshly formed Department of Cannabis Control.

Eligible jurisdictions were chosen because they possess the highest number of provisional license holders — constituting approximately two-thirds of California’s provisional licensees, according to data published by the Department of Cannabis Control.

“The local jurisdictions eligible to receive grant funding represent areas with large numbers of small, equity and legacy cannabis businesses, including small cultivators that often have unique regulatory needs,” said the Director of the Department, Nicole Elliott, in an official statement.

Included in the list of eligible jurisdictions was Sacramento, which is entitled to receive funding to the amount of $5.7 million, in addition to $3.2 million financing from an equity program. Currently, 296 cannabis licensees are active in Sacramento County — 218 hold provisional licenses and 78 hold annual licenses.

According to spokesman for the Sacramento city manager’s office, Tim Swanson, the city intends on working closely with the state to determine which local operators have not yet met the conditions to receive their annual license.

“We also will be working with our stakeholders to further understand what barriers are keeping them from an annual license. The city remains committed to improving the regulated market and creating a more streamlined and user-friendly permitting process for legally operating cannabis businesses,” explained Swanson.
California has 11,861 cannabis license holders
State data shows that 11,861 people are in possession of a cannabis business license in California. Of that amount, the Department of Cannabis Control claims that around 75 percent are provisional license holders.

In most cases, the department distributes provisional licenses among those who abide by the California Environmental Quality Act (CEQA) or with local rules.

“DCC’s licensing staff also works directly with both applicants and local governments to ensure applicants are actively and diligently working towards completion of annual license requirements. When a provisional license is issued, DCC provides the business with a list of pending application items that must be resolved in order to obtain an annual license,” according to a statement published by the department.

Jurisdictions must submit their application for the grant funding no later than November 15.