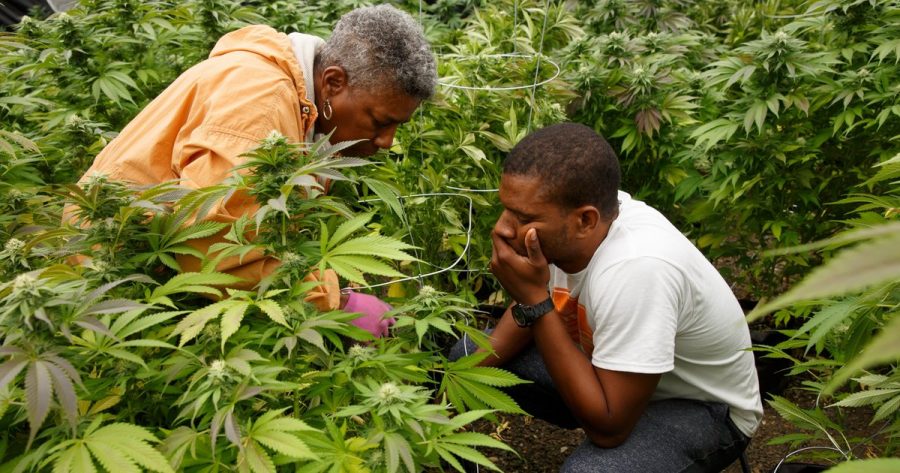 Black farmers in Florida will soon be in with a chance of obtaining a license to grow medical cannabis across the state.

On Thursday, October 14, Gov. Ron DeSantis’ administration established a process by which Florida-associated black farmers could gain equal opportunity to compete for a medical cannabis license.

The updated law – HB 6049 – was initially passed by the Senate. It eliminates a provision that previously prevented black farmers from meeting the medical cannabis business license requirements unless they were a member of the Florida chapter of the Black Farmers and Agriculturalists Association.

Prior to the Senate’s passing of HB 6049, it had already gained approval in the House. The bill’s approval was inspired by a lawsuit filed last September by an 89-year-old black man named Columbus Smith.

The ongoing case had prevented the issuing of five new cannabis cultivation licenses by the state’s Office of Medical Marijuana Use.
About the updated rule for black cannabis farmers in Florida
Although the rule for black cannabis farmers in Florida does not clarify exactly when single license applications will be accepted, lobbyists are celebrating the fact that things are finally moving in the right direction.

The rule – which stipulated that black farmers must have carried out business in Florida for a minimum of five years and possess valid certificates of registration from the state Department of Agriculture and Consumer Services – has emerged four years after the State Legislature established groundwork for Florida’s medical cannabis industry.

Based on the details of Florida’s 2017 medical cannabis law, health officials were required to award a license to “one applicant that is a recognized class member” in the “Pigford” cases. This Black farmer-led class action discrimination lawsuit was initiated against the United States Department of Agriculture (USDA). The suit dealt with the racial prejudice of Black farmers by federal officials.

Including a 70-page application form and an 18-page application-evaluator manual, Florida’s emergency rule for black cannabis farmers demonstrates how the state Office of Medical Marijuana Use will address a looming bundle of applications that, once approved, will result in the number of state-authorized cannabis operators almost doubling.

The process was halted while DeSantis awaited the result of a Supreme Court ruling for a lawsuit that fought against an element of the 2017 law. That particular aspect of the law required operators to deal with all facets of the cannabis business – including cultivation, dispensing and manufacturing – as opposed to letting companies tackle individual elements of the legal cannabis trade. Endorsed by the court in May, the law’s primary goal is executing the 2016 constitutional amendment.

“The department’s rule and application form appear to be very comprehensive and will take some time to fully digest,” said medical cannabis industry lawyer, Jim McKee, during a recent interview with The News Service of Florida.

Based on McKee’s predictions, applications will probably need to be submitted within the next 3-4 months. However, this timeline may be extended if lawmakers decide to object against the application process.