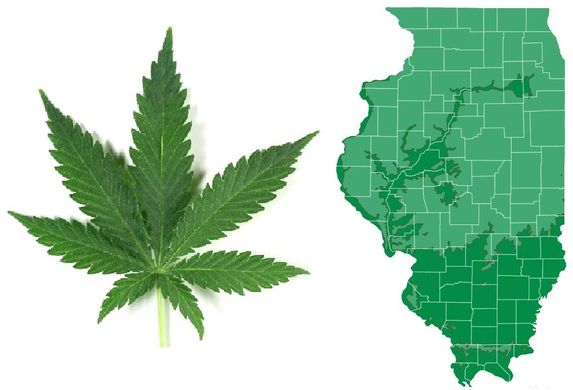 Tax revenue earned through the adult-use cannabis program in Illinois amounts to $100 million more than the tax revenue that was generated with alcohol in 2021.

As if that wasn’t impressive enough, cannabis tax dollars have surpassed liquor tax dollars on a monthly basis since February.

Since January 2020, when dispensary owners started selling adult-use cannabis in Illinois, the industry has gone from strength-to-strength.

The Illinois Department of Revenue (DOR) recorded $387 million in cannabis tax dollars between the months of January and November this year. In comparison, liquor sales attracted $291 million in tax revenue.

Only during the market’s launch month – January – did alcohol tax revenue exceed cannabis. Much of the cannabis tax funding is being used to support statewide equity plans.
Tax dollars earned through adult-use cannabis in Illinois will support communities
In December, Illinois officials confirmed that applications were opening up for $45 million to be awarded in new grants. The grants are aimed at supporting programs focused on reinvestment for communities worst-hit by the failed war on drugs. Perhaps the most interesting thing about this is the source of funding for the grants — cannabis tax revenue.

This $45 million counts as the second round of funding to be distributed via the state’s Restore, Reinvest, and Renew (R3) program, which was formed under Illinois’s adult-use cannabis legalization policy.

As per the state’s legal cannabis law, 25 percent of cannabis tax dollars must be designated for that fund and earmarked as funding for community reentry, financial aid, legal aid and youth development among disadvantaged people.

During early 2020, R3 grants to the amount of $31.5 million were awarded among 80 organizations. Illinois was experiencing an uptick in cannabis sales at that point in time, since the state had only just legalized adult-use cannabis in the January.

Any and all organizations that managed to secure funding via the first R3 round will benefit from another year of funding to guarantee no delays in providing community services.
Sales of adult-use cannabis in Illinois hit $1 billion in 2021
The legal adult-use cannabis market in Illinois reached a turning point last year, with the state logging an impressive $670 million in annual sales. On top of that, tax revenue amounted to an extra $205.4 million.

Economic factors aside, cannabis reform in Illinois has also contributed to equality, justice and reduced violence. For example, in an attempt to tackle street violence, state officials poured $3.5 million into cannabis-generated foundations that support intervention programs.

Furthermore, in 2020, Gov. J.B. Pritzker (D) announced that over 500,000 expungements and pardons for individuals with minor cannabis convictions had been expunged. Most recently, a state-backed initiative was formed to provide convicted residents with legal aid for expungement purposes.