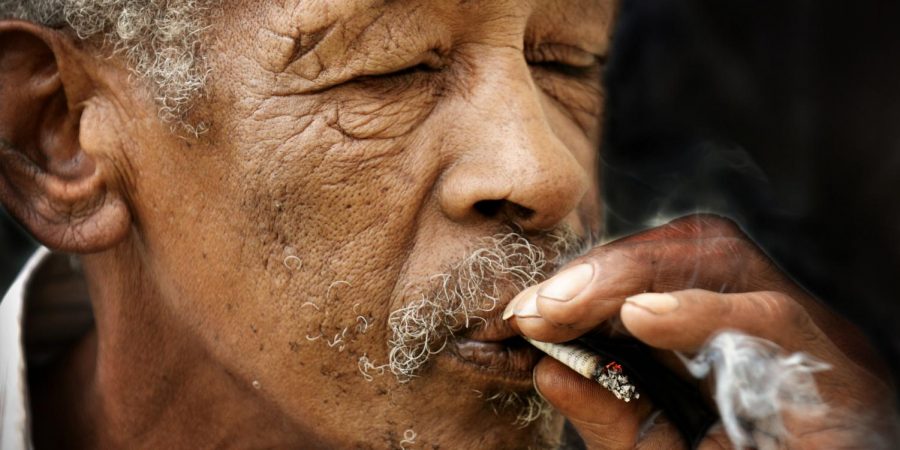 Quality of life is enhanced among older patients who use medical cannabis. Well, that’s what a new Israeli study published in the journal Frontiers in Medicine hypothesizes.

This theory was drawn from a pool of patient data that was closely analyzed by an Israeli research team. Based on Israeli law, physicians are legally allowed to grant qualified patients access to cannabis-infused products and flowers from licensed retailers.

“In this prospective study, we describe the characteristics and outcomes of approximately 10,000 patients treated with medical cannabis. Results showed high adherence, high safety with a low incidence of adverse events, and a high rate of effectiveness in the prescribed treatment, as well as a decrease in pain levels, improvement in QOL, and a reduction in the consumption of concomitant medications,” wrote the authors.
Cannabis proved effective for symptomatic relief and quality of life
To understand the impact that medicinal grade cannabis has on people of older age groups, the team assessed quality of life and concomitant medication use among 10,000 qualified patients who used federally authorized products over a six-month period of time.

On average, study subjects were aged 55. The majority of participants were diagnosed with one of three common conditions: pain, post traumatic stress disorder (PTSD) or cancer.

Generally, the study researchers found that patients rated cannabis as a highly effective method of symptomatic relief; regardless of the condition they were diagnosed with.

In particular, 91 percent of PTSD patients believed that cannabis treatments were successful — an opinion shared by 84 percent of patients with inflammatory bowel disease and 78 percent of chronic pain patients.

Researchers paid close attention to quality of life (QOL) as expressed by the study subjects. Before treatment commenced, just 13 percent reported “good QOL,” whereas 70 percent reported good QOL six months post-treatment.
Summary
Although researchers must expand their efforts to understand what cannabis is truly capable of, existing evidence proves that the leafy, green plant may possess the natural ability to relieve symptoms in patients who endure conditions like cancer, PTSD and pain.

Previous studies like this one have shown that cannabis may help to relieve feelings of pain, which is a common side effect of cancer treatment.

Moreover, an increasing number of elderly veterans are fighting for access to medical cannabis, which was shown to help relieve the symptoms of PTSD in this separate systematic review.

Frontiers in Medicine features a complete text of the new study, titled, “Adherence, safety, and effectiveness of medical cannabis and epidemiological characteristics of the patient population: A prospective study.”