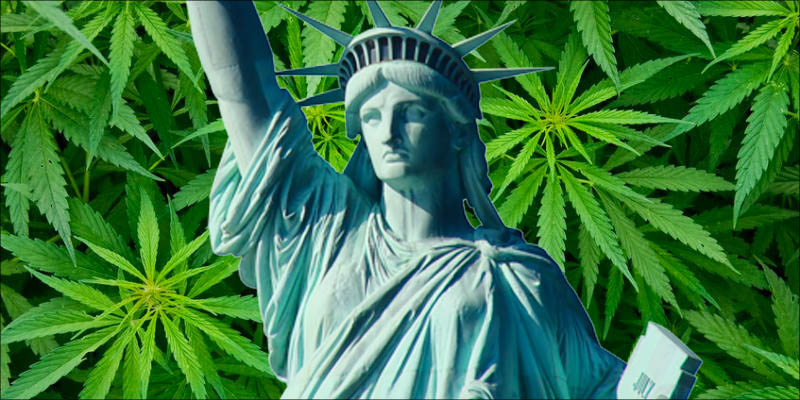 A recently announced merger between Cresco Labs and New York-based Columbia Care is not the only thing attracting interest towards New York’s cannabis market.

Due to a complex potency tax plan, consumers could be left forking out heaps for their pot. Fresh reports indicate that the Empire State may impose a potency tax, boosting cannabis prices upwards of $70 for an eighth.

If the proposal is effectuated as planned, New York’s cannabis distributors would be taxed at varying rates depending on how many milligrams of the psychoactive compound THC (tetrahydrocannabinol) are contained in the compound.

Distributors are getting used to the prospect of potentially being taxed at half a cent in flower, three cents in edibles and eight-tenths of a cent in concentrates.

According to the former Governor of New York, Andrew Cuomo – who has now been replaced by Kathy Hochul – legalization could create more than 60,000 jobs.

Moreover, he believes that a legal weed industry could act as an economic catalyst to the amount of $3.5 billion and stimulate $350 million in tax revenue once the program is in full effect.
New York announced its tax cannabis plan last year
“The Marijuana Regulation and Taxation Act” is the name of New York’s cannabis bill, which enables adults aged 21 and above to purchase cannabis and cultivate up to six plants from their private residence.

Based on the law, cannabis products are subject to a 13 percent tax in New York state, nine percent of which will be earmarked to state coffers and four percent to localities.”

“I mean, it’s great that we finally have [cannabis] legalization, but this THC-based tax is something that could create a lot of problems,” said Kaelan Castetter from management consultant agency Castetter Cannabis Group.

Castetter is concerned that New York’s cannabis tax plan may put the nascent industry in a difficult place. She also touched upon the fact that the economy is still struggling under the weight of COVID-19 and since the tax might increase costs, buyers could be deterred.

Skeptics are also concerned that the tax could sway cannabis workers to cultivate strains that are low in THC content.