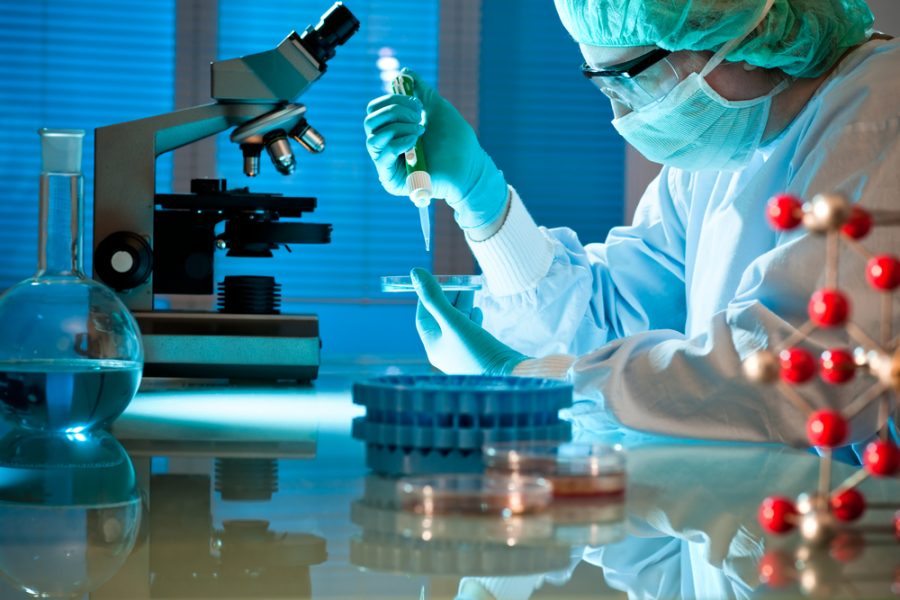 A biotech startup that specializes in designing custom microbes for customers across various markers has revealed its plans to produce lab-grown cannabis.

The deal was struck at $122 million. No farm space will be necessary for Gingko to transform cannabis compounds (cannabinoids) into medications, because Cronos claims to have the biggest purpose-built indoor cannabis facility in the world.

According to Business Insider, Gingko CEO and co-founder Jason Kelly believes that the Gingko-Cronos partnership could provide the pharmaceutical industry with much-needed therapeutic/medicinal consumer goods.

CEO of Gingko has spent months searching for a cannabis partner
For Kelly, Cronos’ pharmaceutical factor certainly came into play, what with Kelly’s company specializing in using genetic engineering to produce bacteria with industrial applications. Gingko wanted to produce lab-grown strains of weed with pharmaceutical promise; something that the Toronto-based cannabis flower producer excels at.

“They had green rooms, automated tracks to move plants around, A to B testing on various light configurations – everything. It was exactly what we’d been looking for,” Kelly said.

The Gingko-Cronos agreement will see Kelly’s company utilize lab space in Toronto to analyze the genetics of the cannabis plant.

Gingko’s primary goal is to develop a medley of cannabinoids, including well-known cannabinoids like THC (tetrahydrocannabinol) and CBD (cannabidiol), as well as some of the plant’s lesser-known compounds, such as appetite-suppressant THCV (tetrahydrocannabivarin).
The pharmaceutical industry may benefit from Gingko-Cronos partnership

Medical cannabis patients who necessitate cannabinoid-based treatments may financially benefit from the Gingko-Cronos deal. Kelly affirms that, by utilizing Cronos’ technology, the ingredients can be produced at a lower expense.

Moreover, he says that Gingko could produce them in increased quantities to fulfill pharmaceutical industry demand.

Pharmaceutical companies will likely take interest in the Gingko-Cronos partnership. For many years, medical cannabis industry players have been on a mission trying to turn cannabis compounds into federally-approved drugs.

GW Pharmaceuticals recently broke through with its cannabis-derived epilepsy treatment Epidiolex, which gained FDA approval on June 25, 2018. However, the medicine could cost as much as $200 per month for patients with private insurance plans, making the price tag an issue for patients.

“There’s so much new discovery work on the pharmaceutical side that’ possible using our approach,” Kelly expressed. “That’s definitely an area that we’re excited about.”

Gingko’s reputation is already pretty solid. The company, which was founded in 2009 by scientists from MIT, boasts previous partnerships with pharmaceutical company Bayer AG and privately held global corporation Cargill.

Eight cannabis compounds will now be produced by Gingko in Cronos’ labs. Gingko will accomplish the task by employing techniques similar to those it has already mastered to brew yeast-based fragrances.

“Beyond THC and CBD, there’s a whole class of rare cannabinoids in [the plant], but accessing them at a remotely reasonable cost hasn’t been feasible,” said Kelly. “Cronos had a view that what matters is ingredients and cost – and the technology to prove it.”