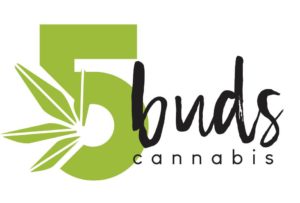 A brand new recreational cannabis store has opened its doors in Saskatchewan. Named 5Buds Cannabis, the Indigenous cannabis dispensary is based in Warman and is licensed under Synergy Five Investment.

The indigenous-owned dispensary has been developed by means of a collaboration between the following communities:

Money raised from Indigenous cannabis dispensary will benefit communities
Even if you don’t smoke weed in Canada’s indigenous territories, you can’t really complain about the fact that legal weed dispensaries are cropping up in certain places. All money accrued from the 5buds dispensary will be divided among the participating companies, with those funds being poured into the surrounding communities.

“Through the dividends, it usually helps for infrastructure in our community like housing, and for sports and recreation, elder trip, and for jobs,” said Patrick Djonaire, who works for the English River First Nation.

Consumers are not limited to the amount of bud they can buy, unlike in Massachusetts. According to the general and retail manager of 5Buds, Corey Tyacke, the company boasts a never-ending supply of products to distribute to paying customers.

“We are fully confident in our ability to keep operating and not shut down,” said Tyacke with confidence.

In addition to its location in Saskatchewan, 5Buds will also have brick-and-mortar stores in both North Battleford and Yorkton.
What are the cannabis rules in Saksewatchan?
Here’s a rundown of what’s allowed in Saksewatchan:

Traveling inside Canada from Saskatchewan depends on the use and age limits set forth in each province/territory.
Other indigenous communities are adapting to cannabis reform
Saskatchewan aside, cannabis reform is spreading further afield. During the planning phase of the Cannabis Act’s launch, indigenous communities felt left out by Canada’s cannabis legalization and instead, took matters into their own hands – rightly so.

For example, a non-binding agreement was signed by Canopy Growth Corp and the Mohawk Council of Kahnawake earlier this year to develop the number one First Nation 4,650-square-meter production facility of its kind. In addition to this, the agreement includes a processing and packaging space almost half the size of the production facility. Since Canopy is Canada’s largest cannabis production facility, it’s a pretty impressive partnership.

Then there’s Thunderchild First Nation in Saskatchewan’s westernmost segment, which funneled $8 million into Westleaf Cannabis Inc. to purchase a production facility on council-owned land extending across 10,700-square meters. The project is expected to be completed by next year.

Let’s not forget about Alberta’s Fort McMurray #468 First Nation, which has teamed up with cannabis company RavenQuest BioMedcan to construct an on-reserve production plant capable of churning out up to 15,000 kilograms on an annual basis