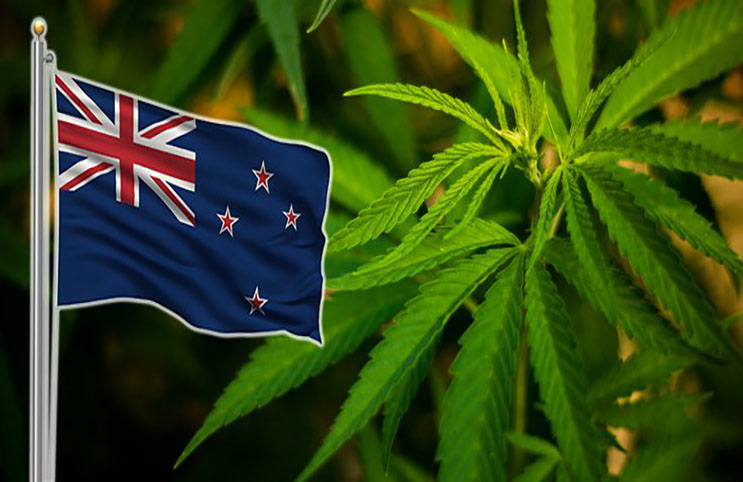 Researchers in New Zealand recently published some fascinating findings in the British Journal of General Practice Open. Conducted by GP Dr. Graham Gulbransen – owner of the country’s first medical cannabis clinic – alongside a group University of Auckland researchers, the study focused on the benefits of using CBD (cannabidiol) oil for four weeks.

According to the researchers, CBD oil was strongly associated with improved quality of life. The team concluded this after reviewing self-reported symptoms from 400 New Zealand patients who suffer from anxiety, chronic pain and depression. Just over half of the medical cannabis patients participating in the study were female; 214 women or 54 percent of the entire group. The remaining study subjects – 183 – were male.

The cannabis study stretched over four weeks and only involved patients who had received a prescription for non-psychoactive CBD treatments. Prescriptions were administered to patients from Gulbransen’s Auckland clinic between December 2017 and December 2018; Dr. Gulbransen is a medically-trained cannabis consultant, GP and addiction specialist.

Based on these medical cannabis prescriptions in New Zealand, University of Auckland Professor Bruce Arroll says that the team noticed a “marked” upswing in patient life satisfaction and overall well-being; CBD oil successfully reduced the symptoms of anxiety and pain. Although medical cannabis in New Zealand proved useful for relieving the symptoms of various hard-to-treat conditions, three in 10 study subjects claimed that they did not experience any benefits after consuming CBD.
Positive experience reported by patients after using medical cannabis in New Zealand
New Zealand’s medical cannabis patients were asked to rate how they felt before and after taking CBD. A total of 110 patients completed all of the required assessments, whereas 250 provided satisfaction feedback. Of the group that divulged their level of satisfaction with CBD, 70 percent said the treatment was “good, very good or excellent”. The remaining 30 percent reported no benefit associated with CBD and 10 percent said they experienced negative side effects, such as graphic dreams and/or feelings of sedation. Just two of the patients – fewer than one percent – claimed that their condition worsened after CBD use.

Schizophrenia was one of the medical conditions that researchers focused on for this cannabis study. Mental health disorders – according to the Mental Health Foundation – affect one-in-six adults living in New Zealand. Evidence suggests that CBD oil could minimize the psychotic symptoms of schizophrenia. In addition to this, patients with anxiety-related mental health problems and non-cancer chronic pain self-experienced a major improvement in their quality of life after using CBD oil over a four-week period.

Individuals with non-cancer pain and mental health problems reported enhanced overall ability to conduct day-to-day tasks, as well as improved mobility among those with chronic pain. Although symptomatic relief was also reported by patients with cancer or neurological conditions, the positive effects weren’t as noticeable; according to the researchers.
Medical cannabis in New Zealand was legalized three years ago
Doctors have been able to prescribe medical cannabis in New Zealand since 2017. On December 18, 2018, the Government vowed to establish regulations for a Medicinal Scheme no later than 18 December 2019; a scheme that is expected to be effectuated on April 1, 2020.

One of the primary goals of this scheme is to broaden patient access to medicinal cannabis products. In order to accomplish this, a licensing regime is in the works. Once established, licensed cultivators can legally produce medical cannabis in New Zealand; a move that would essentially bulk up the supply chain and ensure patients receive safe, high-quality cannabis treatments.

Hikurangi Hemp was the first company to receive a cultivation license and is anticipated to become the main provider for New Zealand’s medical cannabis market. The company intends on growing plants in both indoor and outdoor settings.